All World Events in Diablo 4 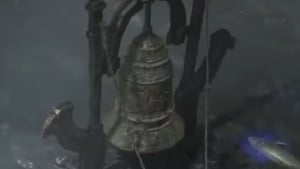 The Tolling Bells event can be found while wandering through the Jagged Shoals. Players will notice a giant bell called "Drowned Bell" which they can attack. Upon attacking the bell, Enemies will start spawning from all directions to attack the player. Once the Drowned Bell is destroyed, two elite enemies will appear that players must defeat to complete the event and claim their reward.

Ashava The Pestilent is a World Boss that requires the cooperation of many players to be defeated. Ashava will mostly perform melee attacks except for the Poison Breath and the Arm Blades attack. When Ashava becomes staggered one of his arm blades will break. If both arm blades are removed this way, Ashava will lose the ability to perform the arm blade attack providing more freedom for ranged Heroes.

Players can find the Blood Clan Massacre while exploring Loch Raeth Highlands. Three carts can be seen surrounded by Blood Clan enemies. Upon approaching the carts, players will be able to speak with NPCs that will request aid to defend their carts while they stay hidden. Players must defend the Carts and NPCs for 1 minute and 30 seconds to complete the event. During this time, Blood Clan enemies will spawn constantly from all directions to attack both the player and the NPCs. 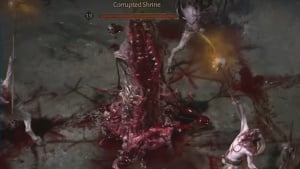 Players can find the Corrupted Shrine event while wandering through The Kealer Farm. Players will see a corrupted shrine surrounded by three Shamans performing a ritual. A progression bar of the ritual is shown on the right part of the screen. You need to defeat the shamans and destroy the corrupted shrine before the ritual is complete or the World Event will fail. Shamans will keep spawning as long as the shrine is still corrupted. Once the Corrupted Shrine is destroyed, an elite boss will appear that players must defeat to complete the event.